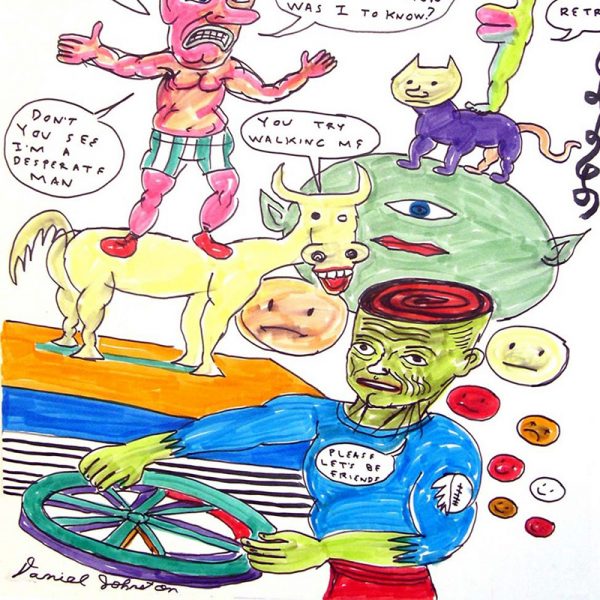 DANIEL JOHNSTON (1961-2019 | USA) Daniel Johnston was born in Sacramento (California), in 1961. He was the fifth child of a religious family and he grows up in West Virginia, learns to play the piano and he began to draw since a very young age. His favourite subjects were the characters of the comic, especially […]