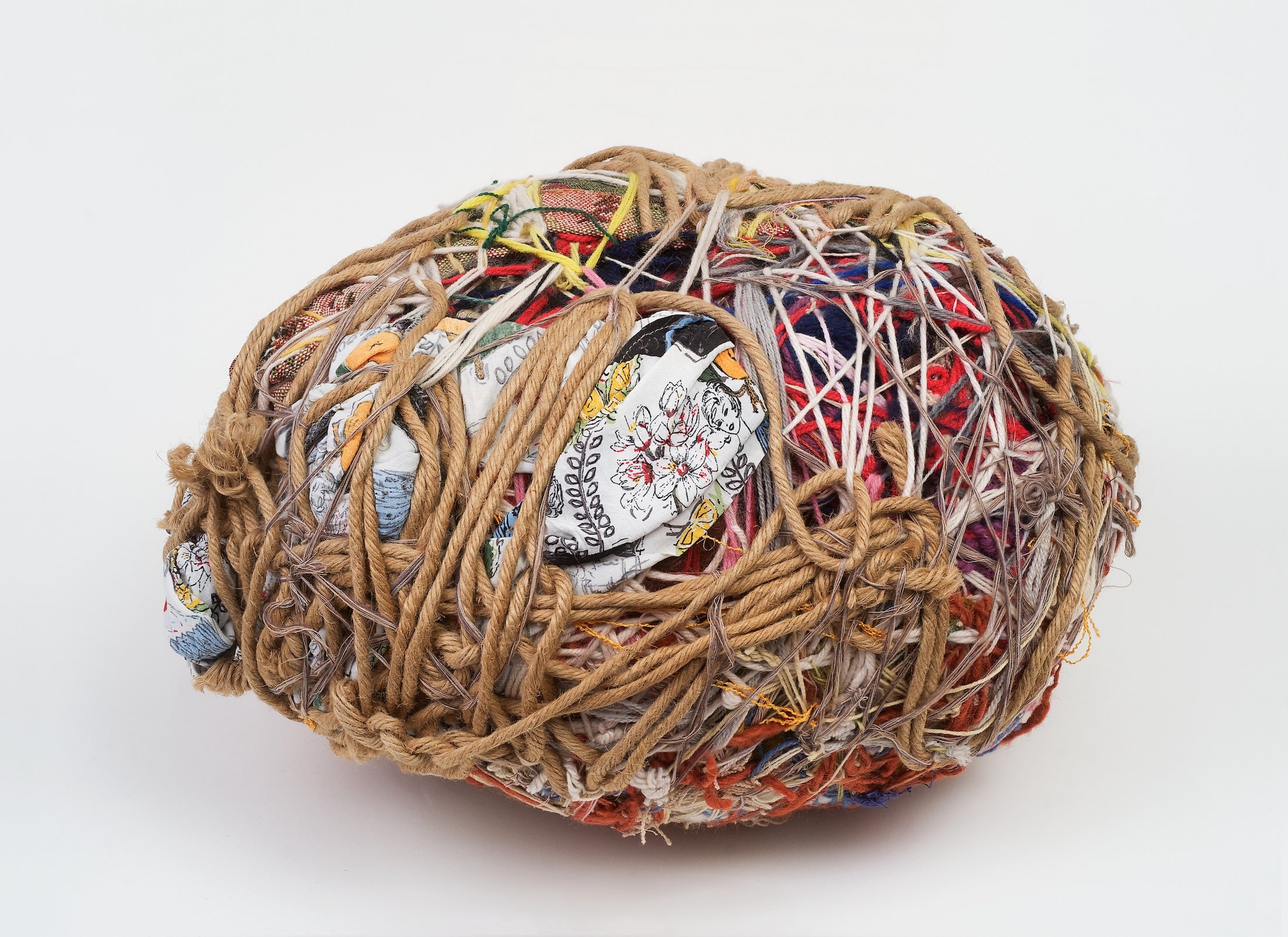 Born in Cincinnati, Ohio, into a middle-class family, unlike her twin sister, Judith carried the extra chromosome of Down syndrome. Following an attack of Scarlet Fever in infancy, she also lost her hearing, although this would not be recognized until many years later.
Considered “ineducable”, at the age of seven she was removed from her family and placed in some institutions where she was subjected to conditions close to imprisonment, for more than 35 years. In 1986 her sister Joyce obtained the custody of Judith. She was enrolled in the Creative Growth Art Center in Oakland, the first organization to provide studio facilities to artists with disabilities. Here, for almost two years, Judith showed no evidence of artistic interest or ability. Then, Judith was introduced to fiber art in 1987 by artist Sylvia Seventy and became to produce a remarkable, breathtaking body of mixed media sculptures.
These works bring to mind giant cocoons, magic-imbued mascots of spell-casting dolls.
She makes sculptures that constitute her only means of expression: she hides all sorts of disparate objects – fans, umbrellas, magazines – which form the heart of each creation. Having assembled them with string, she surrounds them and wraps them round with yarn, cord and various fibres in such a way as to protect and conceal them completely. Free of the principles on which weaving, embroidery and sewing are traditionally based, Judith Scott invented her own technique.
The first exhibition of her work in 1999 coincided with the publication of John MacGregor’s book “Metamorphosis: The Fiber Art of Judith Scott”,  a detailed study that helped to propel her to woldwide recognition.
Judith’s fame grew, as museums and galleries around the world staged exhibitions and purchased her works for their permanent collections.  During the last 18 years of her life she worked passionately to create over 200 sculptures, some small and intimate, others so large she could barely move them without help.
As Judith’s sculptures reflect little cultural input and are highly individualistic, she initially acquired fame as an ‘Outsider’ artist.  However, with the passage of time, any focus on her disabilities has faded to become merely a footnote in the life story of a world-famous artist of great distinction.
Judith’s work is in the collections of the San Francisco Museum of Modern Art, Collection de l’Art Brut, Switzerland, The American Folk Art Museum, New York, the Museum of Everything, London. 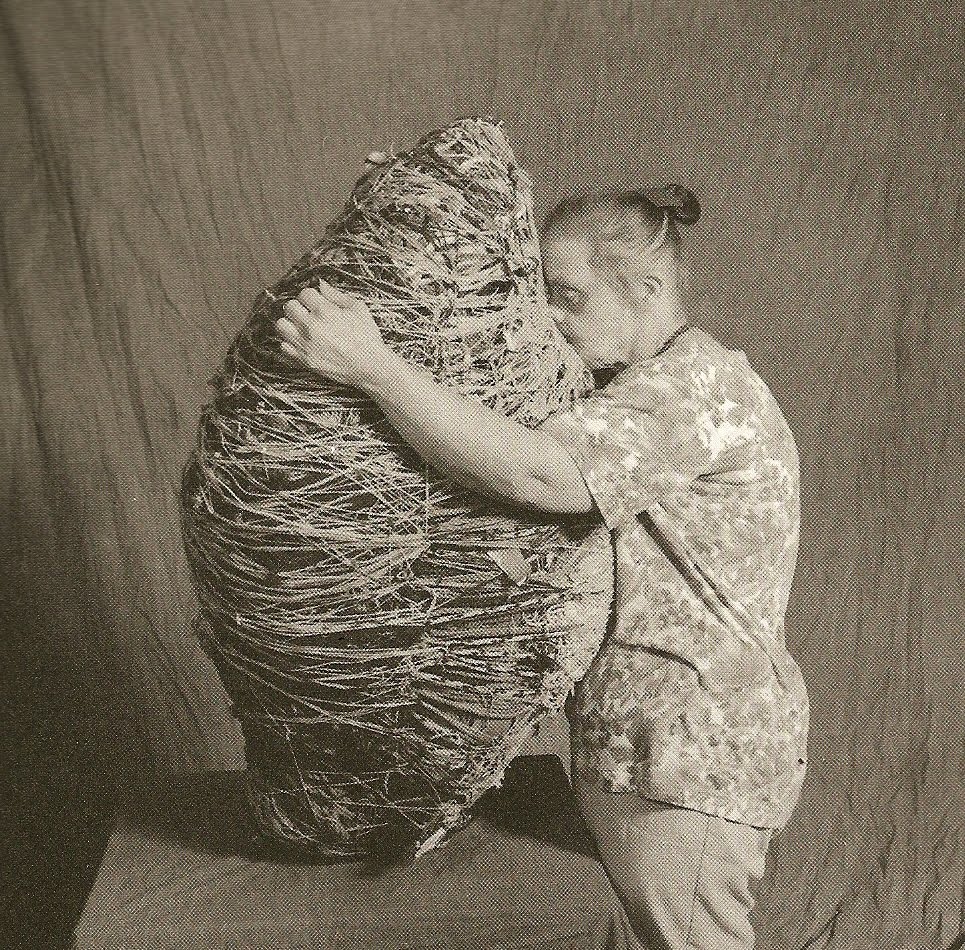 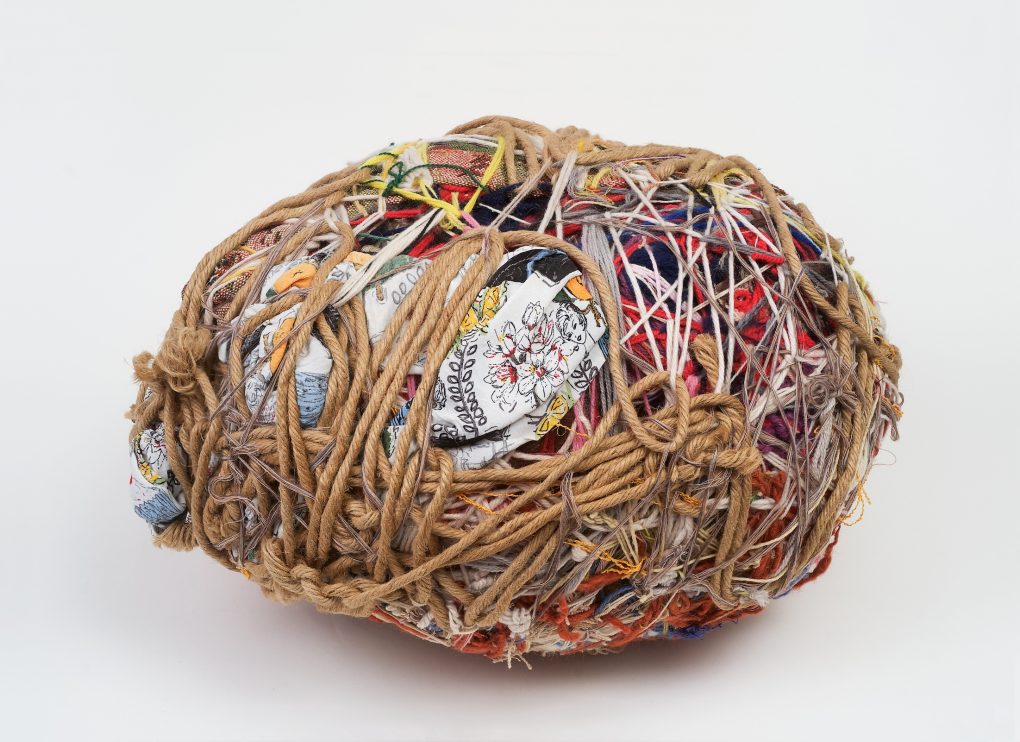 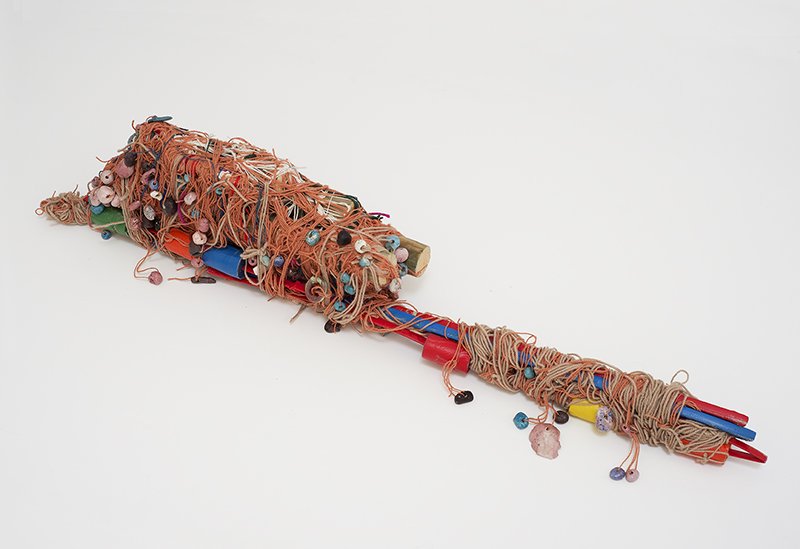 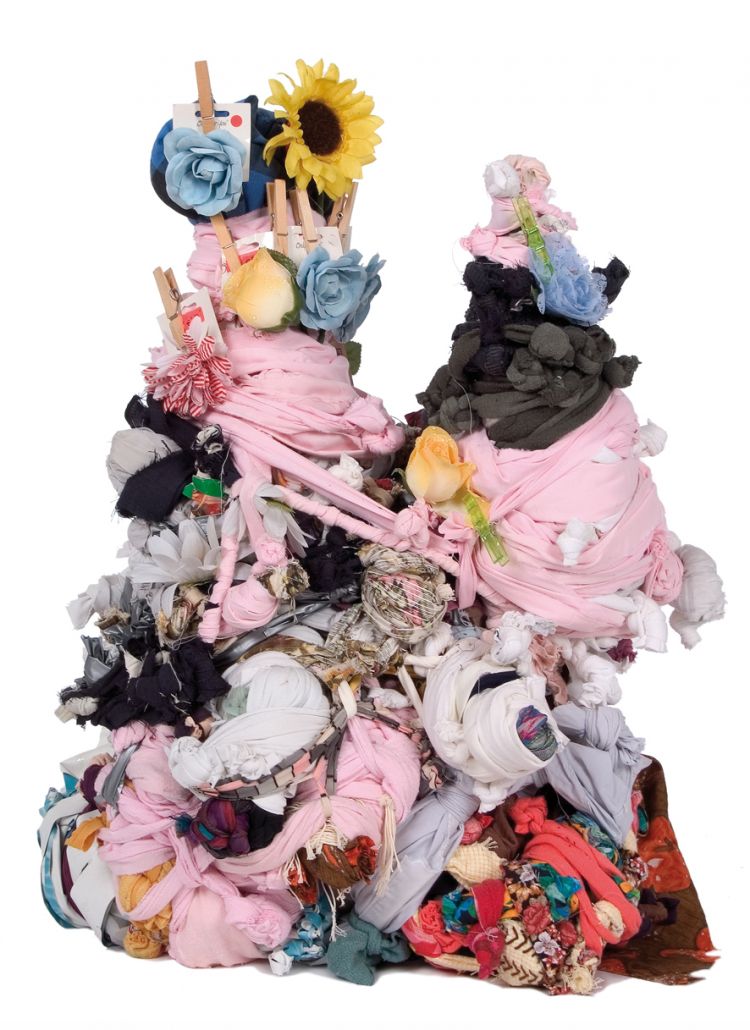 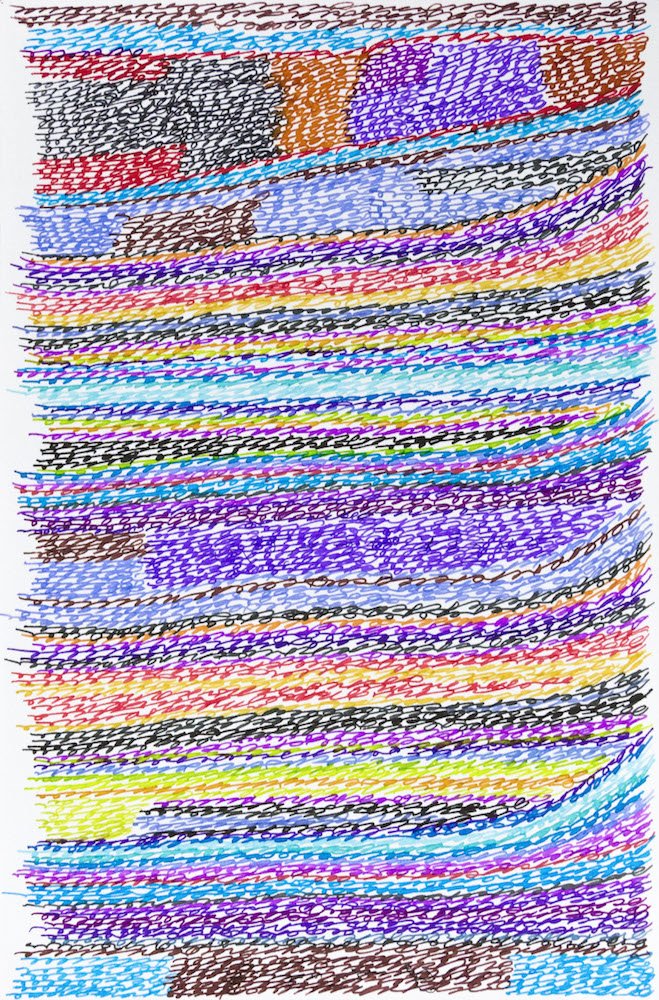 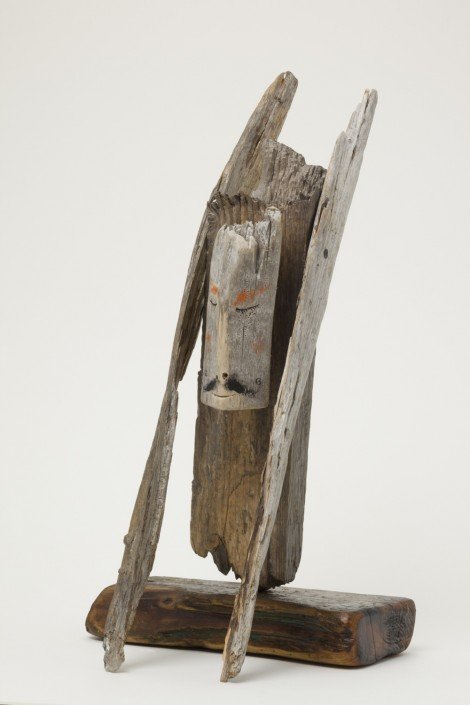