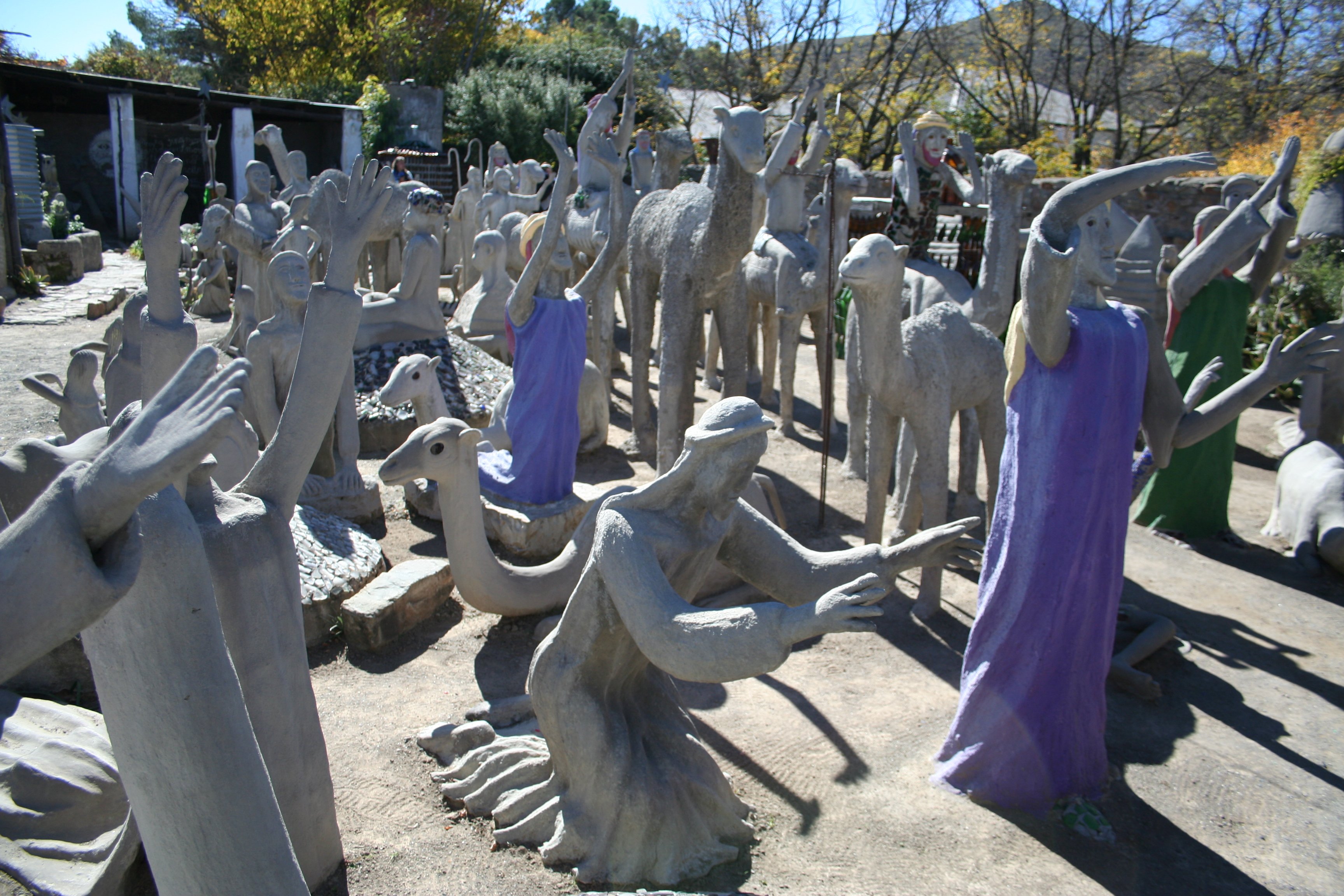 Helen Martins was born in 1897 in Nieu Bethedsa, South Africa, the youngest of six children. She gained a teaching diploma after attending school in Graaff-Reinet and in 1919 moved to the Transvaal to begin working as a teacher.
In 1920 Helen married a fellow teacher, Willem Johannes Pienaar. The couple traveled together appearing in theatrical productions around the Transvaal, in Cape Town, and Port Elizabeth. The marriage, however, was rocky, and Martins left her husband on several occasions. They divorced in 1926 after Pienaar abandoned Martins for another woman.
Around 1928 Helen returned to Nieu Bethesda and spent the next 17 years. Martins’ mother died in 1941, and the father in 1945. Left with few prospects in a marginalized Karoo village, Martins became increasingly reclusive and isolated from the local community. Known to the residents as ‘Miss Helen’ and thought of as a strange and rather outlandish character, she shied away from general contact, and began transforming her house and garden.
As Helen lay in bed one night looking at the moon shining in through her window, she decided to brighten up her life by covering the walls and ceilings of her house with ground glass. Strategically placed mirrors, shaped like crescent moons, stars and hearts, reflected the moonlight and the glow from dozens of candles and coloured paraffin lamps from room to room to transform the interior of the house. Tinsel twisted around giant candles increased the glitter, and large sheets of coloured glass were inserted in the walls to amplify the effect.
Outside the house more than 300 free-standing cement sculptures and bas-reliefs on a variety of themes including owls, camels, mermaids, pyramids, Eastern philosophy and Christianity stand among brick towers and cut-out metal suns, stars and moons. Cacti are the only vegetation in the garden. All the work was carried out by three local men over a period of 18 years to Martins’ specifications. 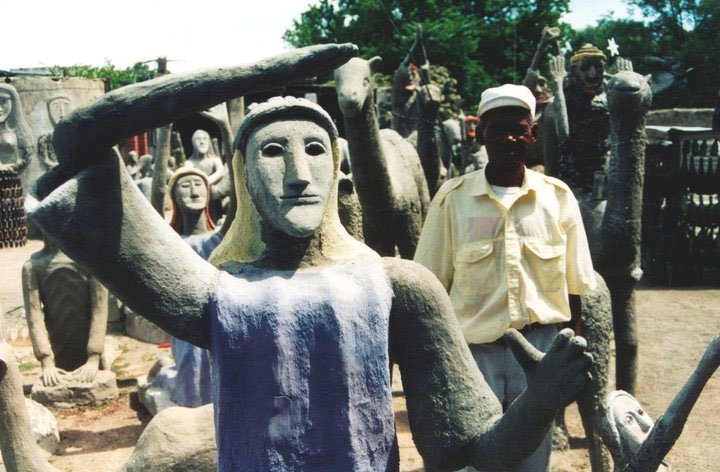 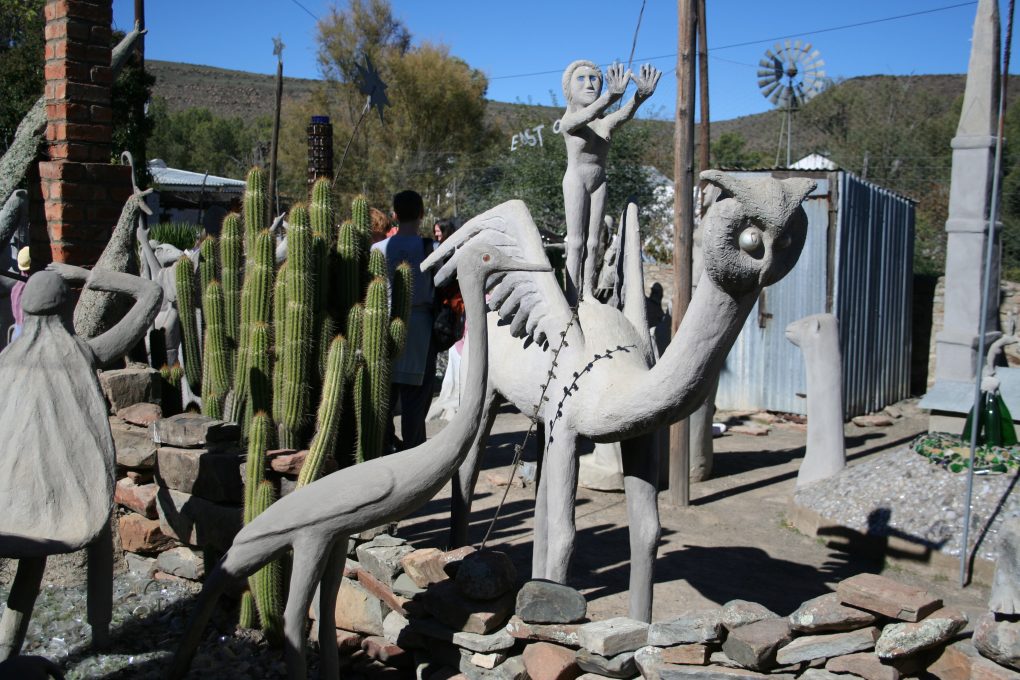 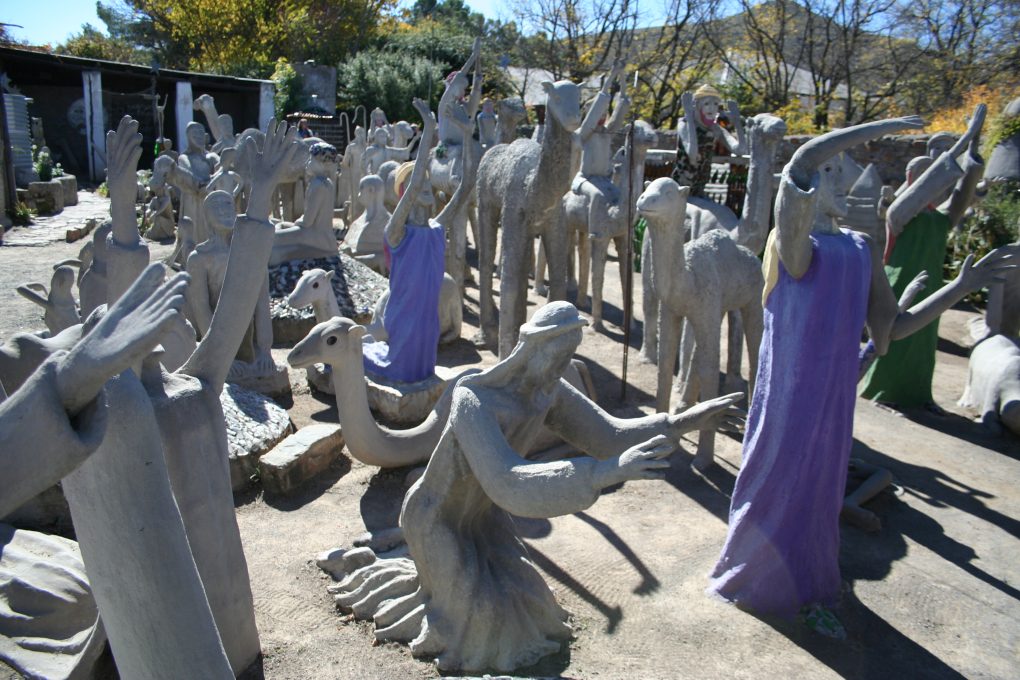 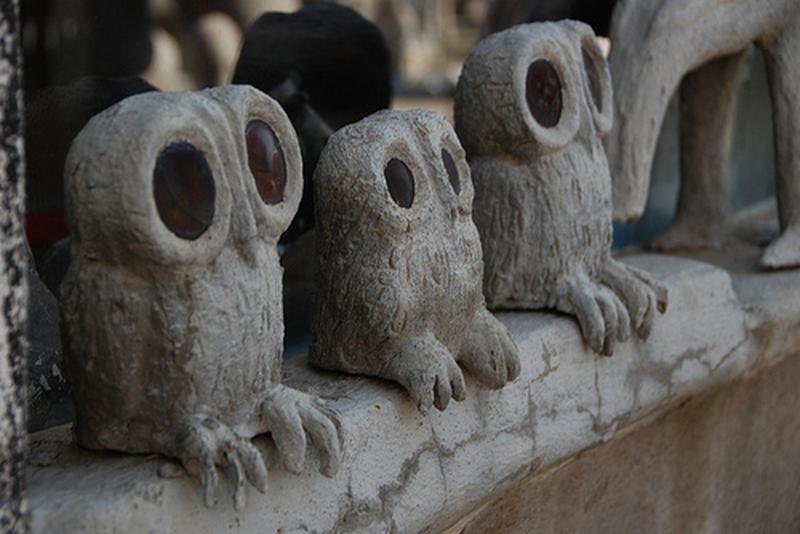 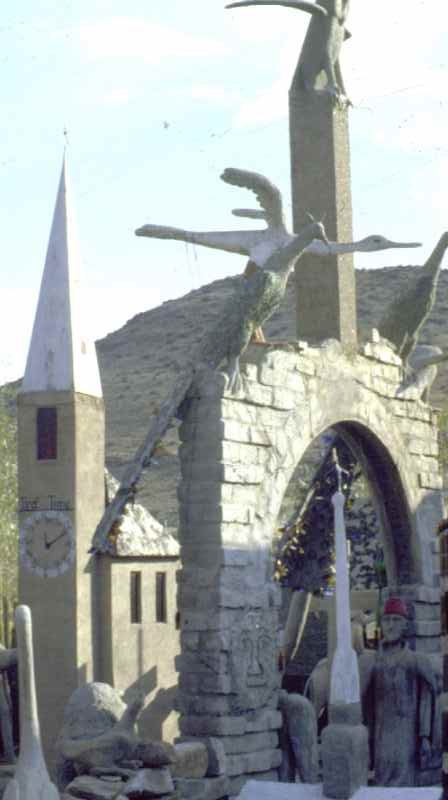 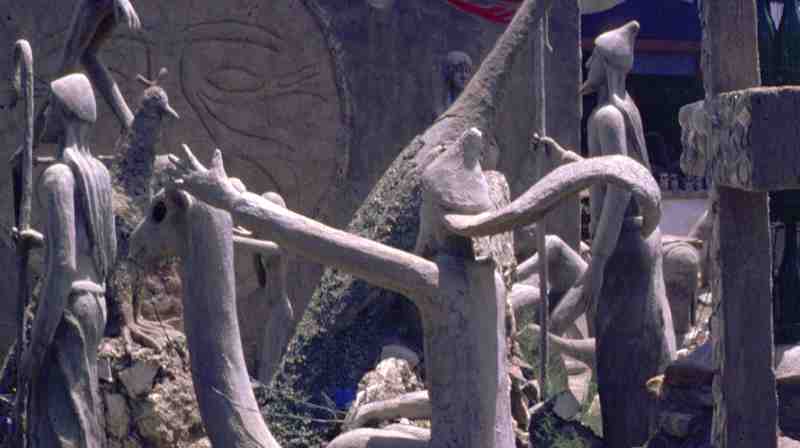 Photos from The Owl House 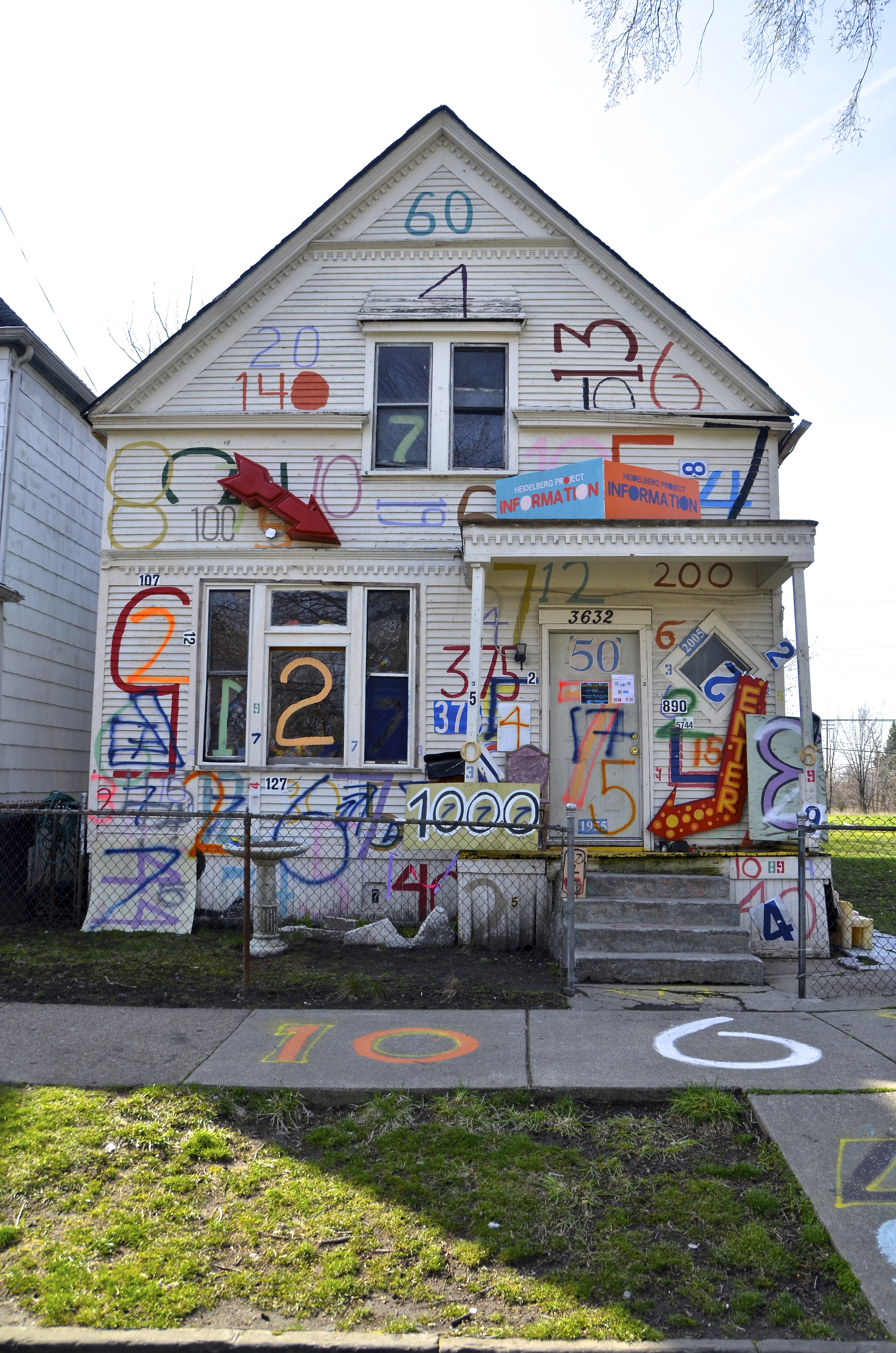 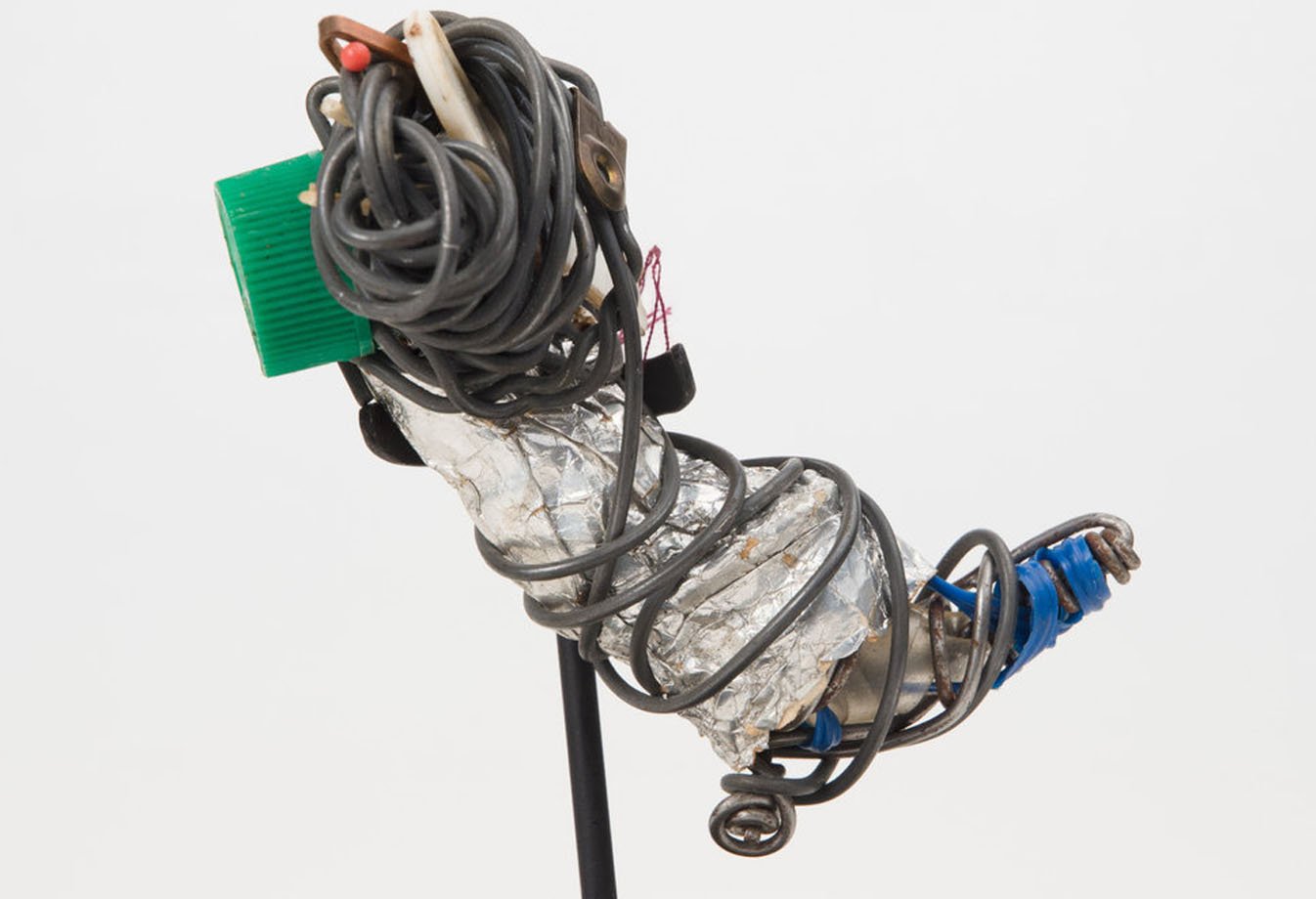