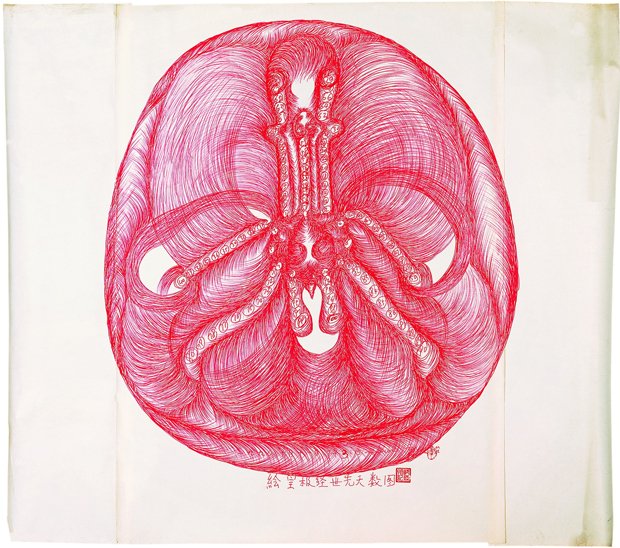 Guo Fengyi was born in Xi’an, central China, in 1942. She obtained her high school diploma in 1962 and found work in a rubber factory, career that she was constricted to give up at the age of thirty-nine for several attacks of arthritis.
After eight years of suffering, she initiated herself into Qi Gong, a branch of traditional Chinese medicine, with the aim of strengthening her immune system and relieving her illness. She mastered this discipline, which leads to metaphysical contemplation and connection with the other world.

She started experiencing visions in 1989, as a result of which she produced large numbers of drawings, first on the backs of pages from calendars, then later on rice paper. In order to create, she puts herself into a state of meditation, dresses completely in red, the colour of serenity and happiness, and says she is inspired by Buddha. She worked with Indian ink and brushes, producing works up to five metres long, drawn with no initial plan in mind, discovering her own creation as she worked. The multitude of delicate lines form ghostly figures, dragons, phoenixes, and faces, sometimes interwoven, smiling and serene or terrifying and monstrous.

In 2002, Guo made site-specific works for the Long March Project—A Walking Visual Display at Lugu Lake (Yunnan Province, China) and her work was subsequently featured in multiple exhibitions of contemporary art, including at the Museum of Everything (London, 2009); the 2006 Taipei Biennial; and The Encyclopedic Palace, the 55th Venice Biennale (2013). 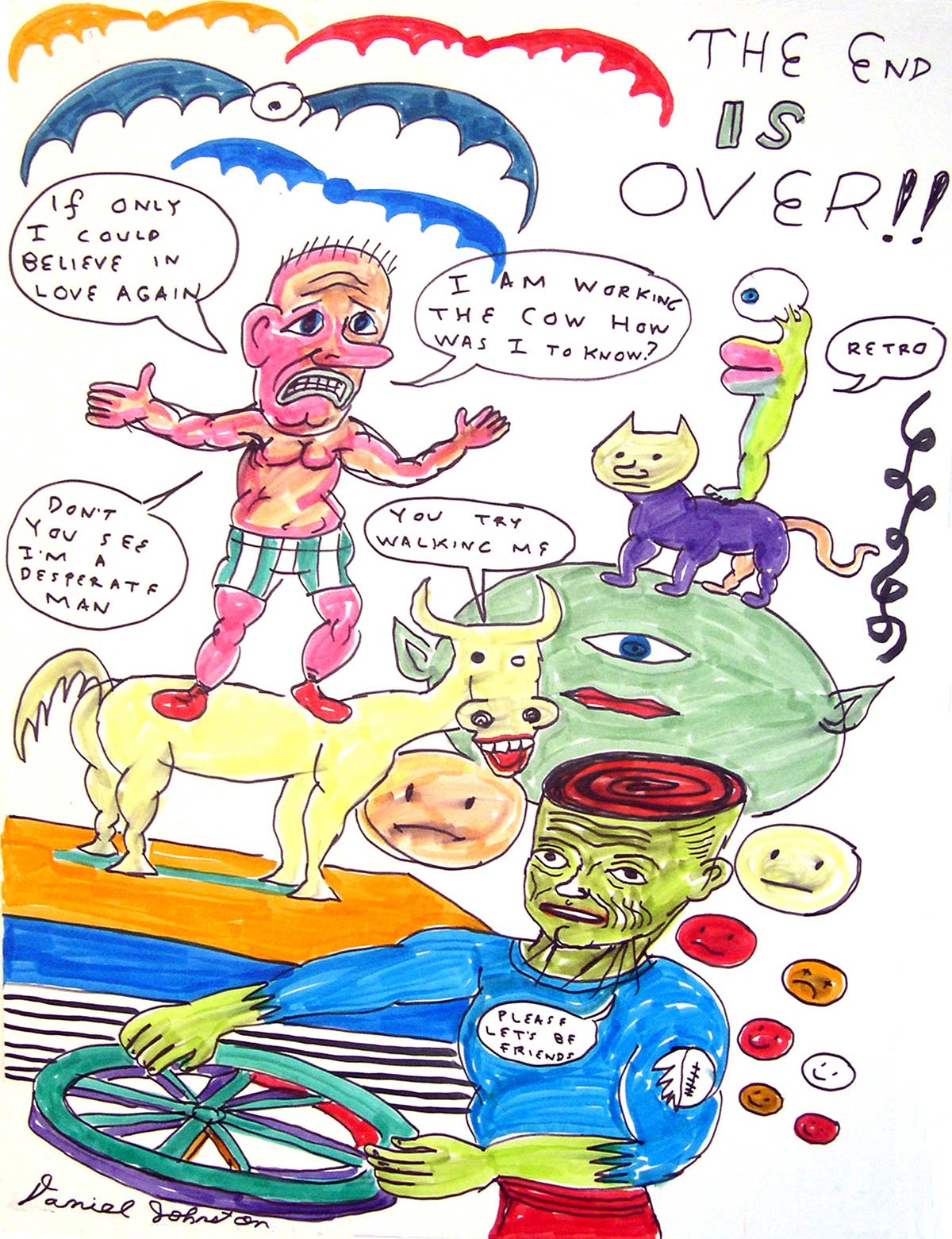 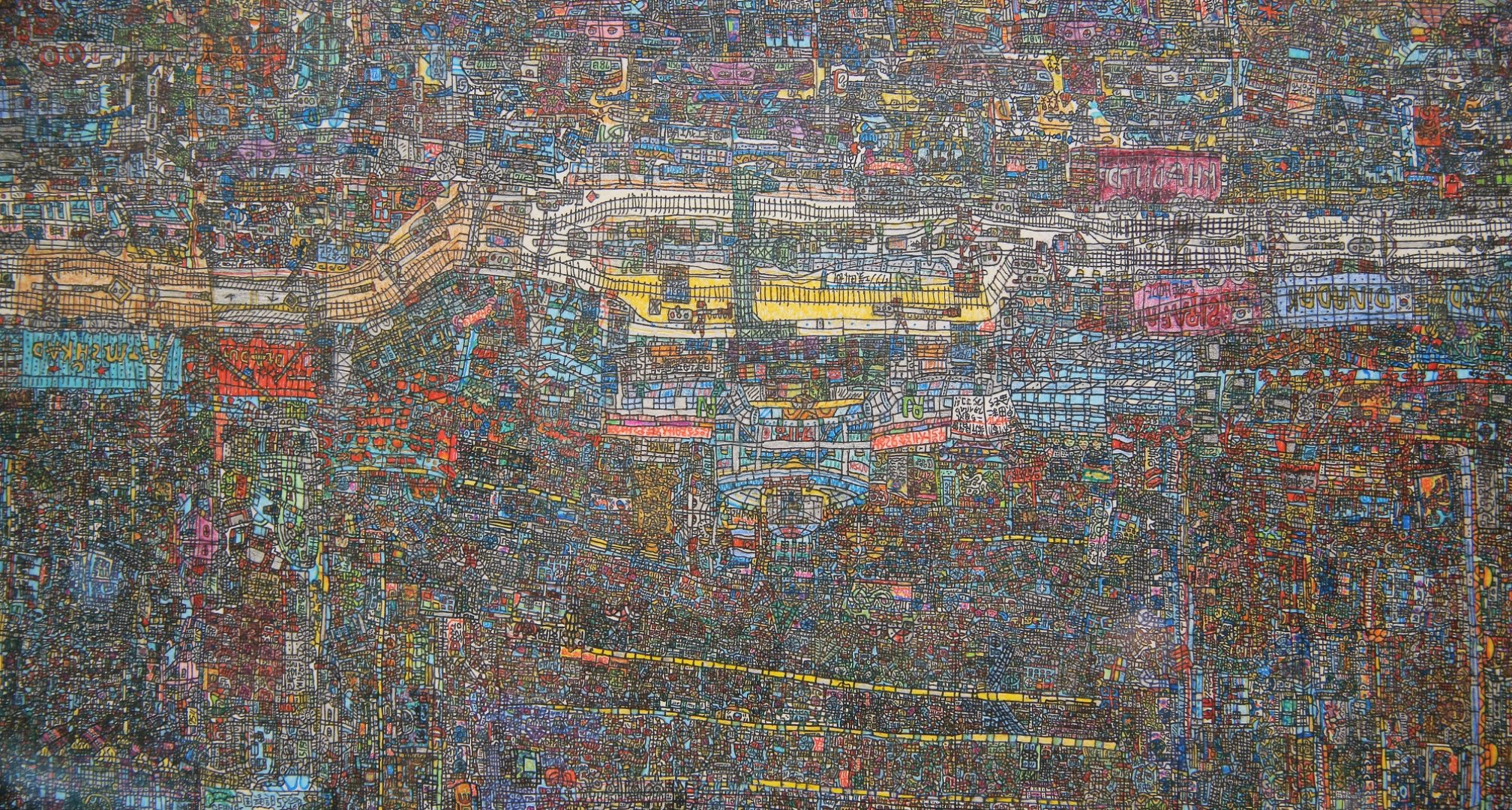 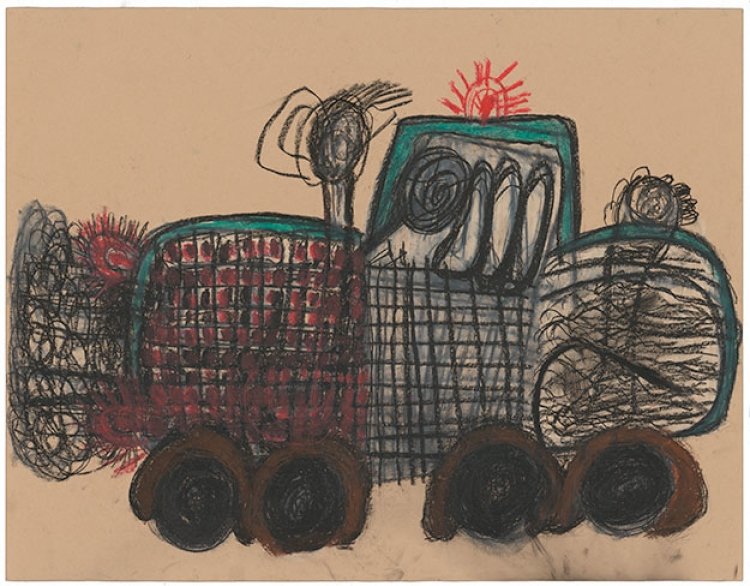 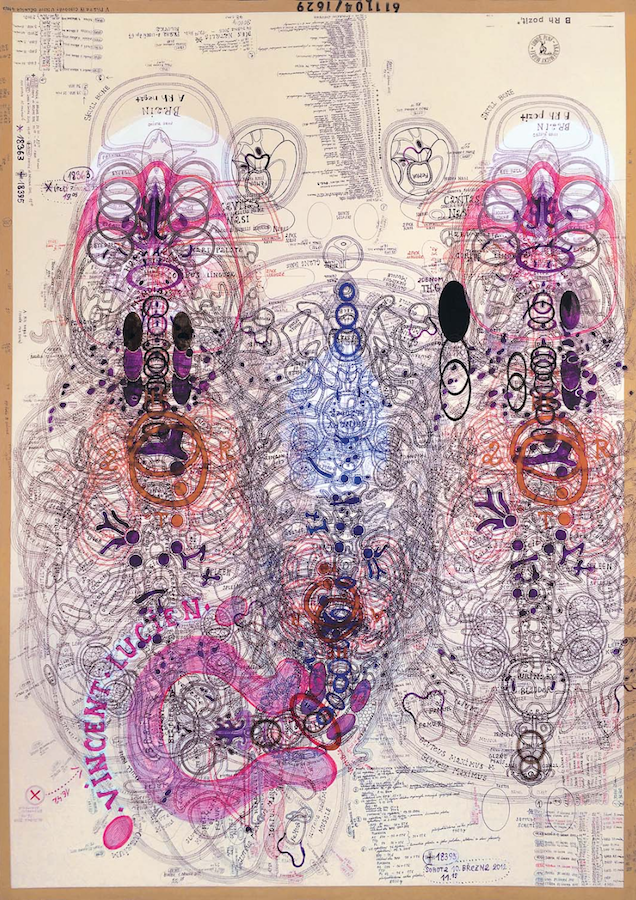