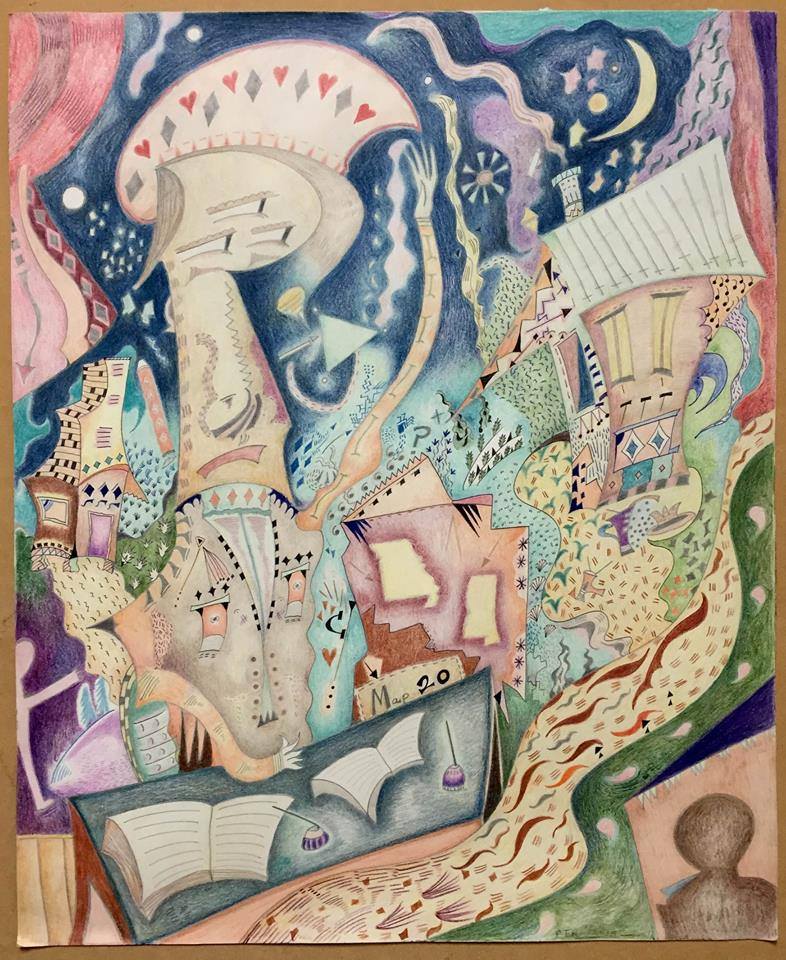 After the first article of Contaminations, dedicated to Tommaso Buldini, the journey among the influences of the outsider art world continues in America with the art of David Thomas Roberts.

David Thomas Roberts is a self-taught painter, poet, composer and important pianist born in 1955 in Pascagoula, Mississippi. He showed me his work and answered some of my questions to better understand his relationship with Outsider Art.

He has been drawing since the age of 4, while at 8 he already knew oil painting technique and how to compose music. Shortly from there, he also begins to write poetry. On the article written by Joe Adams for Raw Vision n. 10 (1995), The Mississippi Imagists, this wealth of personality is described as a “trilogy of expression”. As he told:

“Not only are these modes of expression linked in my practice, I regard them as different faces of the same inventive, free-wheelingly poetic spirit.  To concretely illustrate this, I reference the inclusion of both poetic fragments and musical notation in some of my mixed media visual works, especially those on paper dominated by colored pencil. It is all a part of the same whooshing drive, and I’ve been working with all three since I was eight years old”.

Roberts works with different painting and graphic media, from colored pencils together with other media on paper, to oil on canvas.

“Recently, I have had some success with mixed media on paper mounted on oil-painted panel.  My practice and process of visual art is more akin to my work as a poet than as composer, for composing, no matter how triggered by distant and often spontaneous associations, contains cerebral facets not likely to have a counterpart in the other media”.

Although Roberts did not receive an official artistic training, he was influenced by the greatest artists of the Nineteenth/Twentieth century, such as Vincent van Gogh, Giorgio De Chirico, Paul Klee and Wassily Kandinsky. But not only. In fact, he often quotes Adolph Wolfli, Heinrich Anton Müller and Martin Ramirez, telling of being impressed by Outsider Art, the fundamental book of Roger Cardinal:

“It only took a few moments glancing at *Outsider Art* in a bookstore in Mobile, Alabama in 1975 to convince me that this was one of the most affirming, exhilarating treatments of any art topic I could have encountered.  It was confirming of my roots in the dreamlike and hyper-subjective, yet explosively inviting of rowdy expansion, of embracing extremities I had yet to consider; it was a hearty nod to my own lifelong social outsidership and my contempt for society as a whole; its was congratulations and liberation for me. Wolfli especially drove me wild with his baroque, torrid dynamism (he still does, too); but I was also taken with what little was to be seem and read of Schroder-Sonnenstern,  and I was intimately touched by Heinrich Anton Muller.  Of these, Wolfli ended up clearly influencing me, but Muller has  exercised a detectable impact, also.  My expressionist roots were jostled and doctored with a quantum drive as the visions of these men took me over, and I was never the same again. How could one be?  I would say that both Wolfli and Muller lent me certain motivic ideas or, at least, stylizing directions.  But above all, I think, it was the *blasting, contorted power* of their examples en toto that affected me most. They had become the heroes of my  lostness, the champions of unfettered lonership and the angry dreamer that I was. They applauded my being hell bent on unleashing selfhood precisely and wildly, my way”. 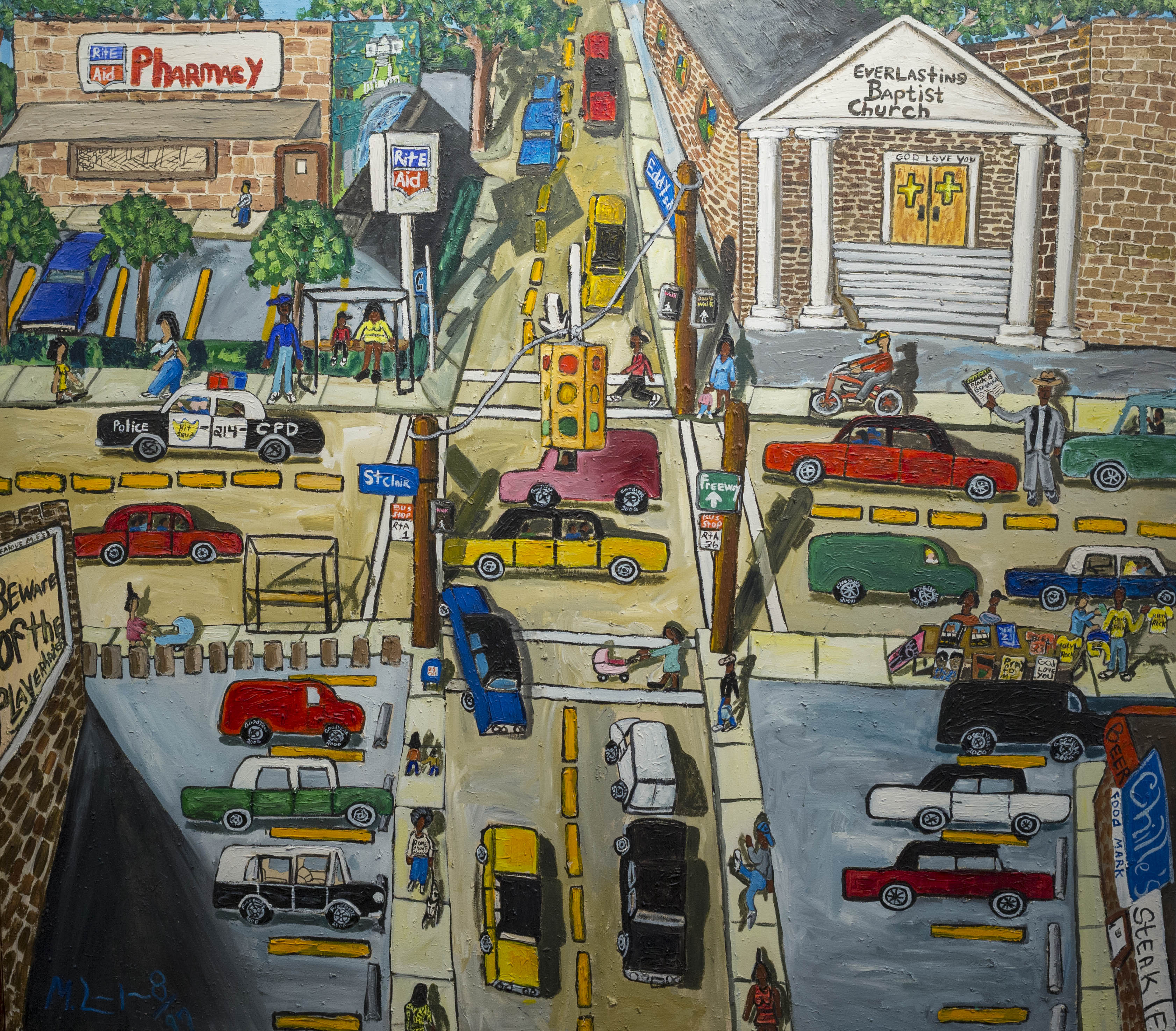