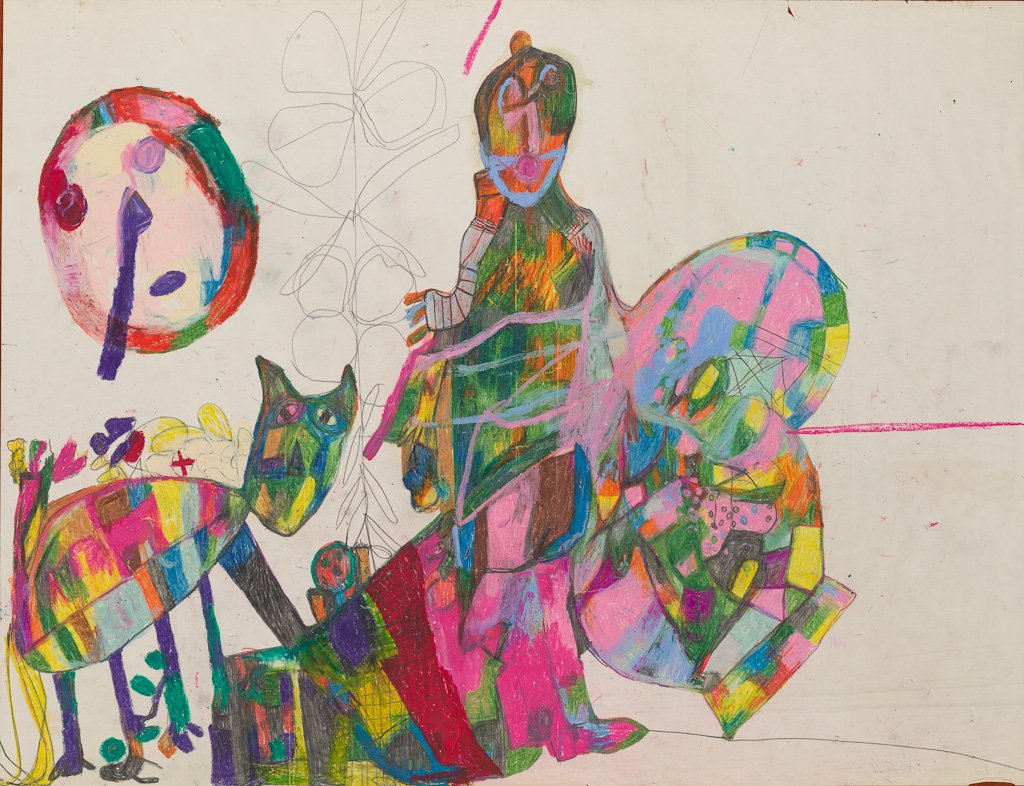 Dammer’s consulting psychiatrist wrote in a letter to mark the transfer of a folder containing all her preserved drawings: “Aaltje Dammer was an extremely introverted woman, who always gave shape to her emotions in the same rigorous way“. In 1928 – aged just 21 – she was  admitted to a psychiatric hospital for the first time. According to her papers she worked as a maidservant. She laboured there in the large kitchen, peeling potatoes and washing vegetables until the institution was no longer permitted to function with unpaid workers. Clients like Aaltje Dammer then had to attend activity therapy where they could learn “useful” skills with which they could – after a mere 35 years of intitutionalisasion – be rehabilitated. The reticent Mrs Dammer was unwilling to make macramé or jigsaws and remained rigid in her chair or pacing up and down in the room. Suddenly, without reason, she started drawing, on brown paper, with chalk and pencil. She produced drawing, obsessively. Day after day she would fill pieces of packing paper up to five feet long: musicians, horses with riders, monsters, prams or household objects. She sometimes cut or tore up her drawings at the end of the day “Get rid of it, it’s bad enough already“. There are various drawings that are almost completely filled. People are then positioned in an overcrowded interior with plants, furniture, and crockery. Dammer did not work immediately in color. She started with a preliminary pencil drawing and then embellished this with a mosaic-like tessellation. She also wrote quasi-texts to accompany her scenes. 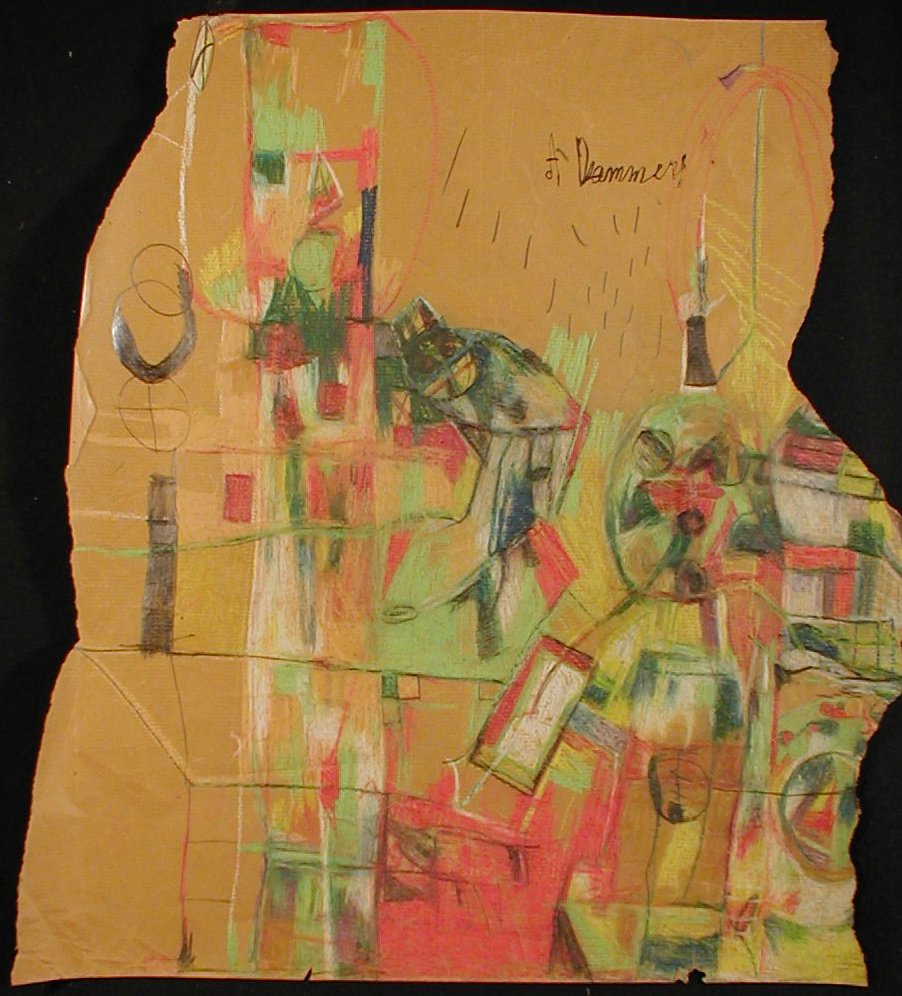 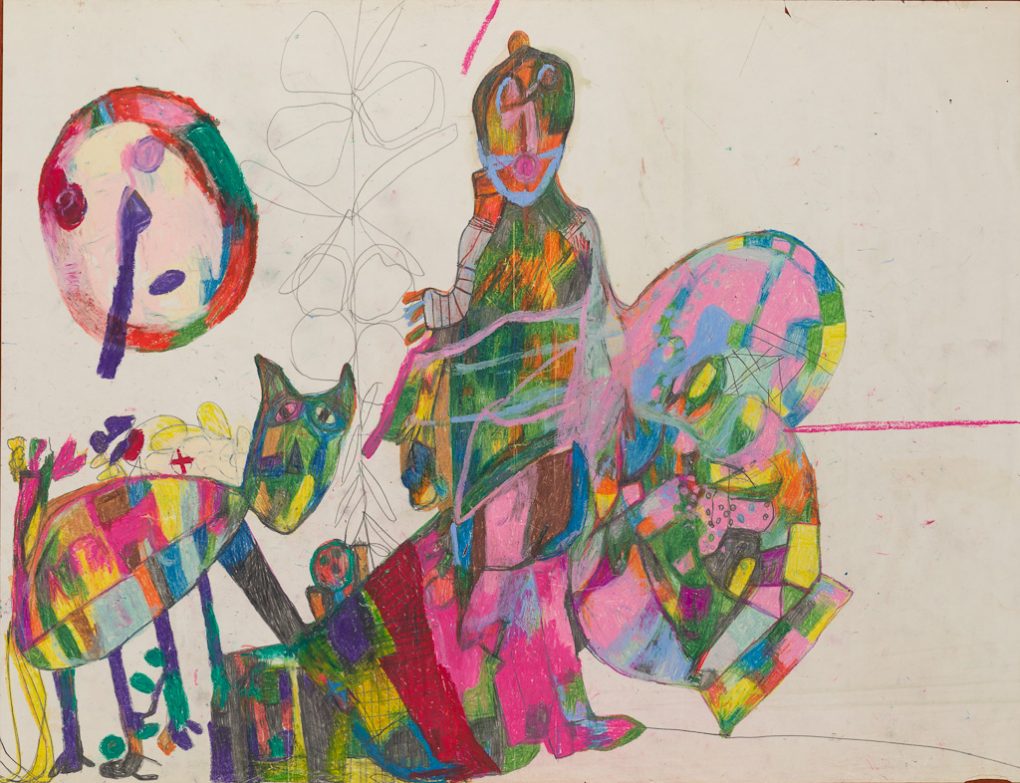 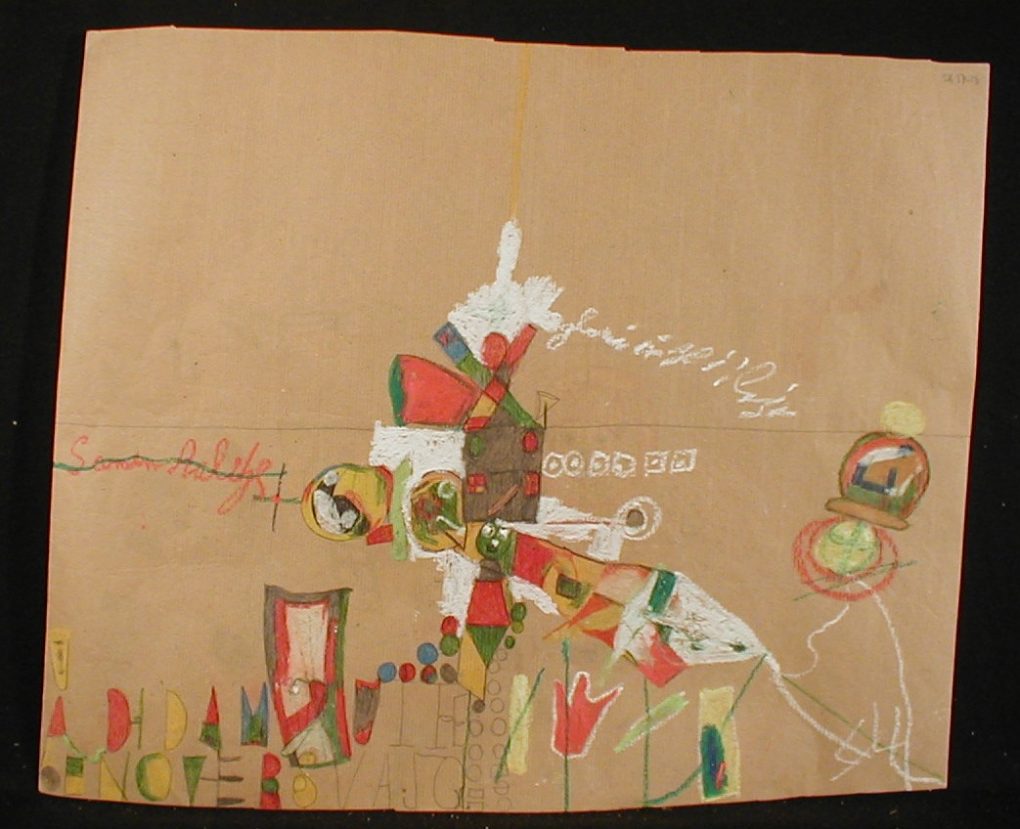 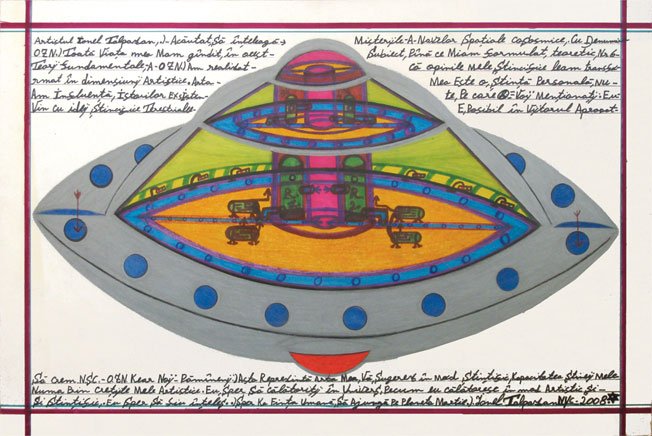 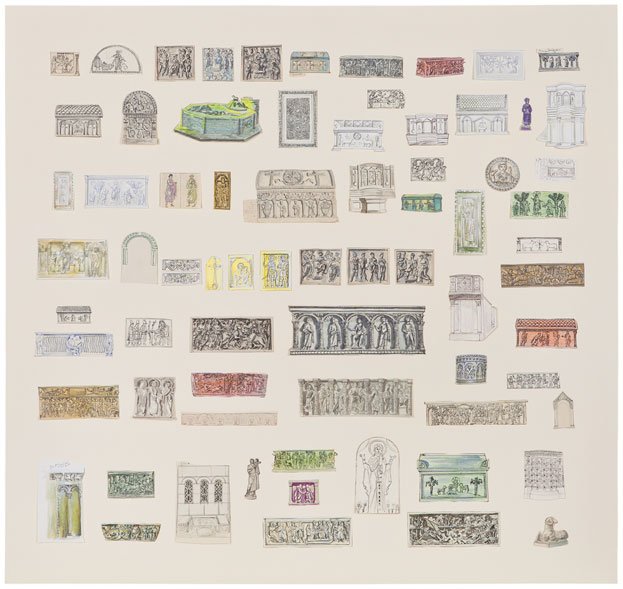 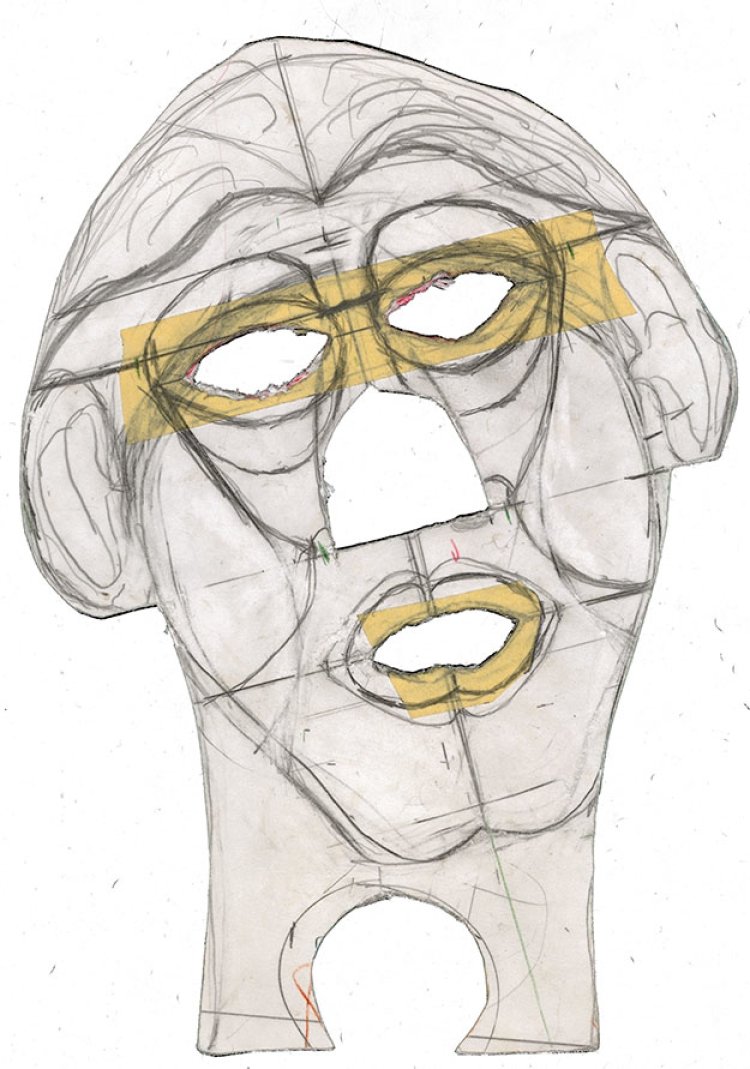 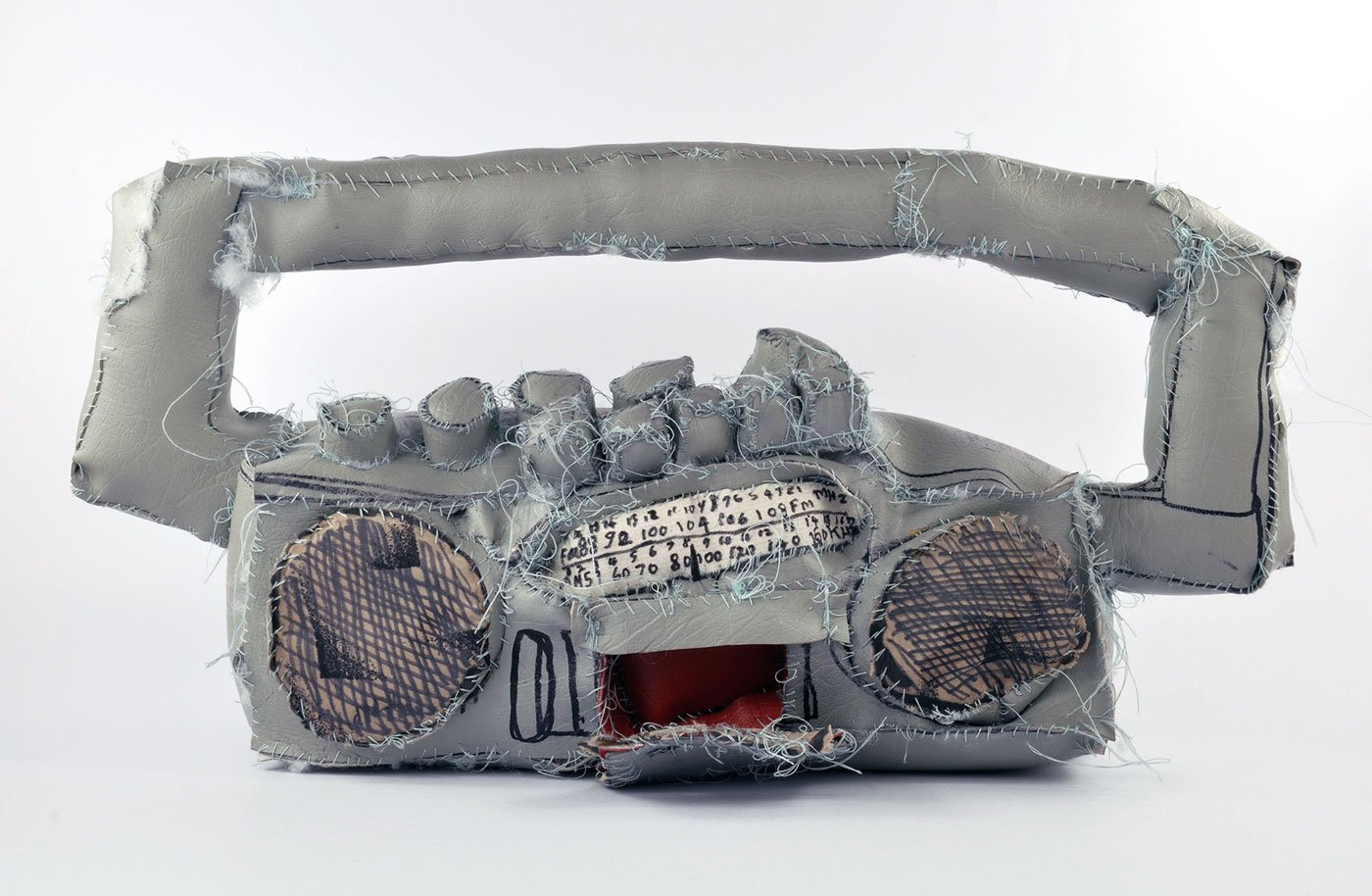